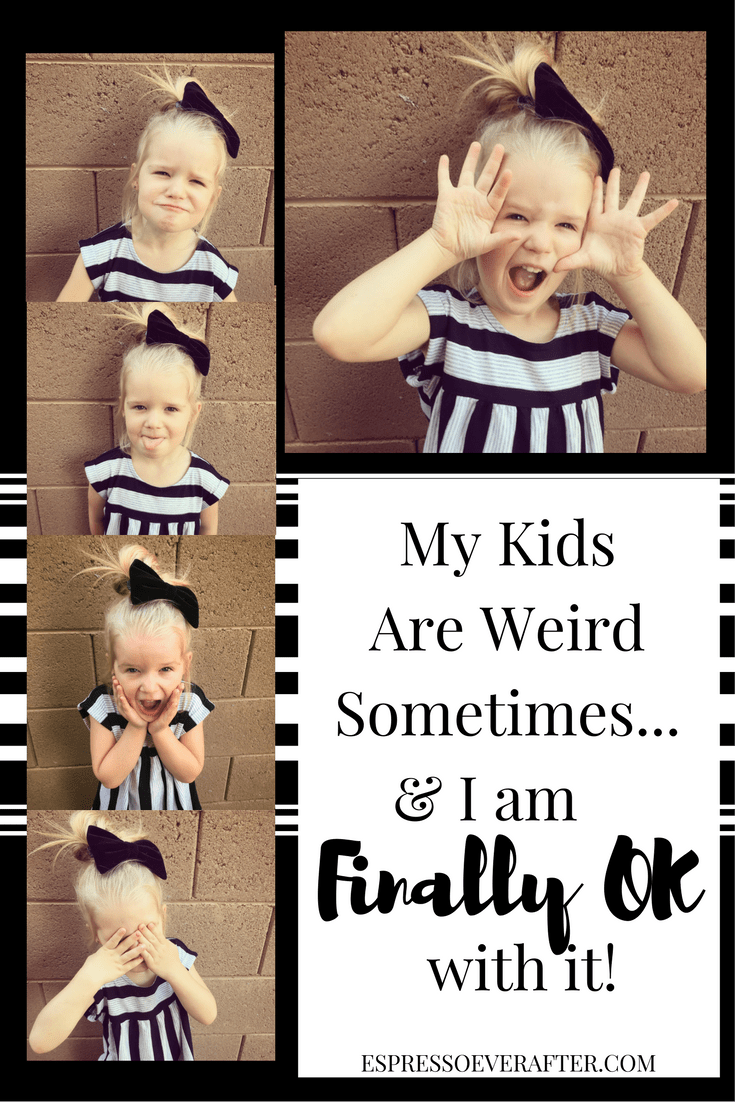 My Kids Are Weird Sometimes… & I’m Finally OK With It.

Do your kids have any odd, weird, unusual, peculiar behaviors or characteristics that make you scratch your head in frustration at times? Maybe it’s just my kids, but maybe not.  My girls definitely have a few strange quirks that make them… them.  I used to look at some of these little things that they do as weird or even bad, and I often wondered what I needed to do differently to break that particular behavior or habit.   But… over the years and now having a second child, I accept these quirks, recognizing that they’re likely to be here for a short time only and will be a distant memory sometime too soon!  As moms we have so much on our shoulders, ALL THE TIME, so I’ll share some of the weirdness that are my kids, and encourage you to worry less about yours, and to embrace their quirks as well! Let’s face it, life is too short to not love ALL of your kids’ personalities, even the strange stuff.  This youngster stage is short so let’s keep having fun with them, and stop worrying and overanalyzing their every move!

Here are a few of my kids silly quirks…

Payton has always been that baby that undresses in her crib. Nap-time or bed-time, it doesn’t matter… every time I open the door to wake up my little sleeper I am welcomed by a half-naked little one that exclaims the word “Uh-Oh!” while pointing down at the ground where she has usually thrown her clothes on the floor.  She is now 17 months old and it is a quirk that I have learned to embrace and laugh about.  It used to drive me nuts, and I spent a lot of time trying out different types of clothing to hinder this behavior. Eventually, I realized that she is a little Hoodini and can magically escape any clothing I put her in!  My husband is praying she out-grows this stage before she hits her teenage years! 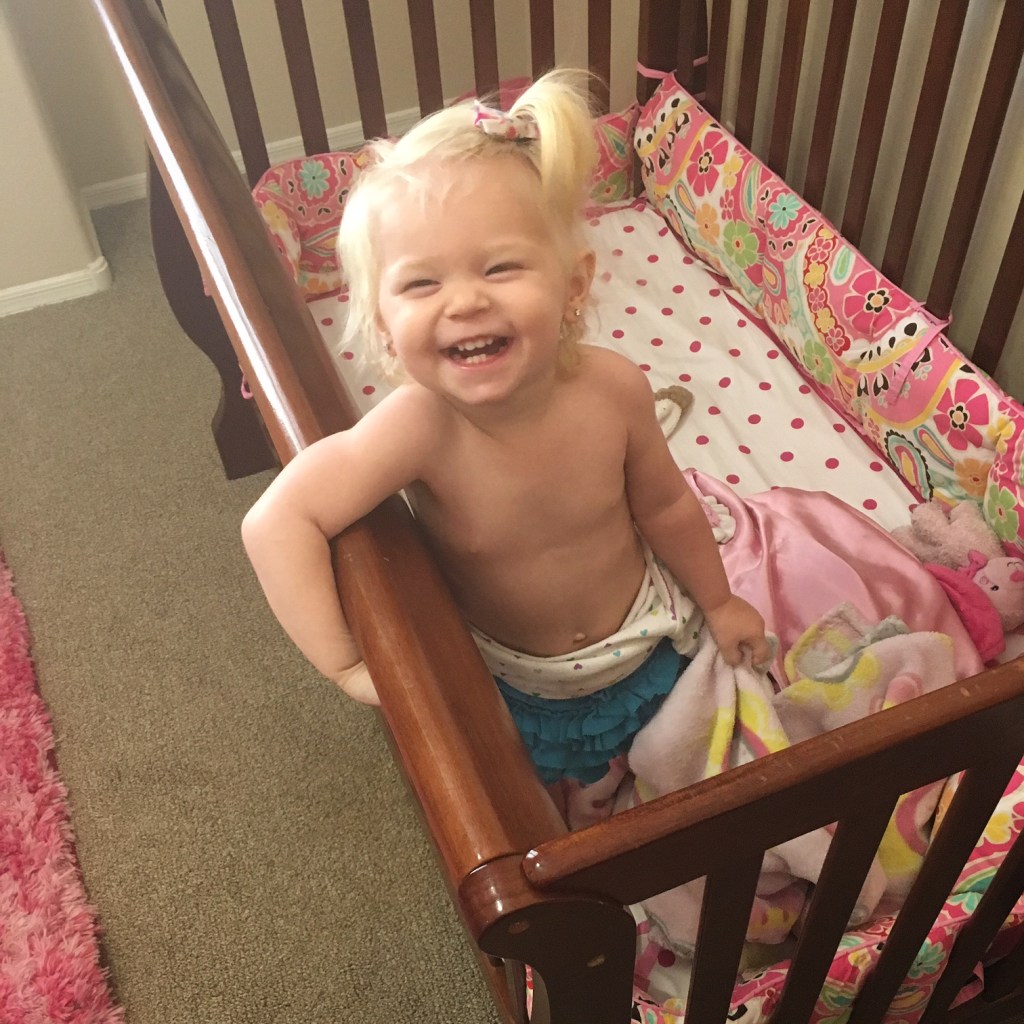 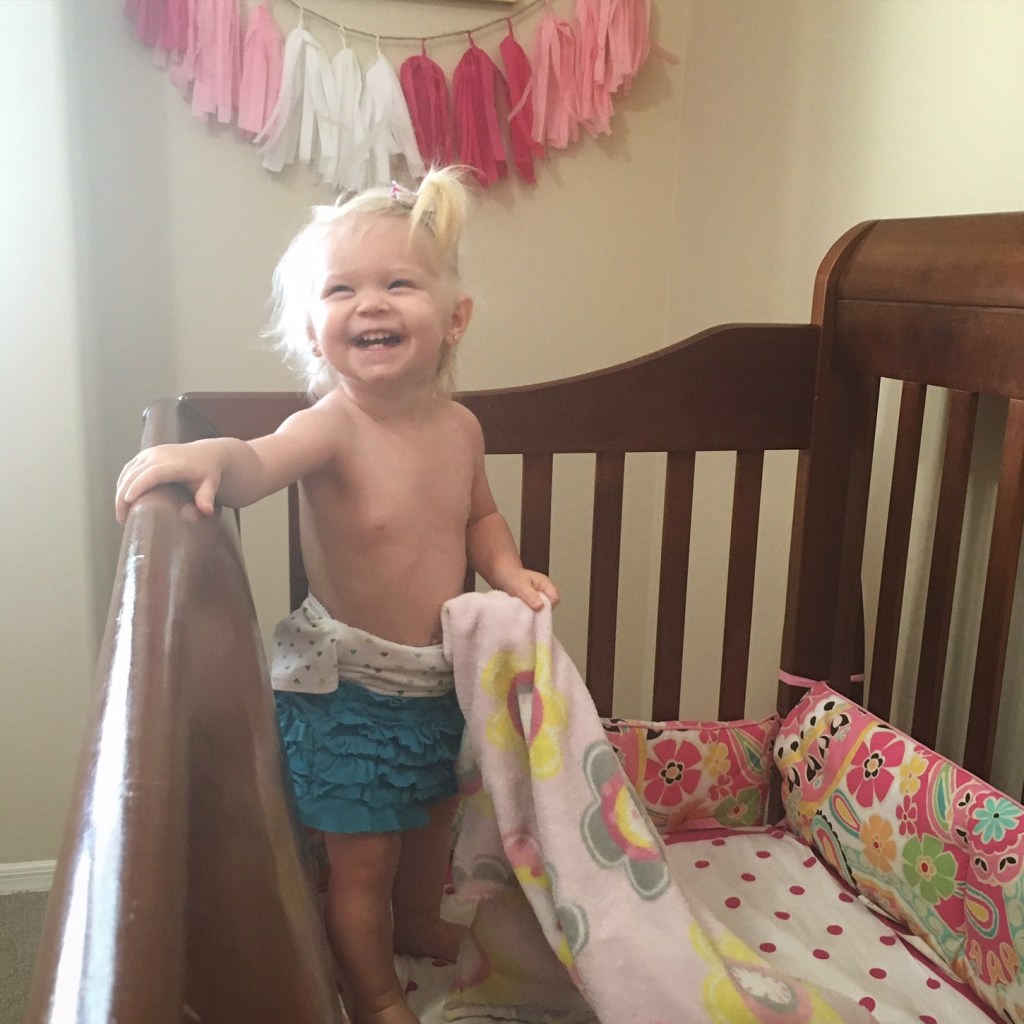 Paisley is my first born and a perfectionist.  She definitely has a slight to moderate case of OCD going on and has since she was a wee little one.  Her new quirk is that she will not sleep under the covers once her bed has been made.  She doesn’t want to mess up the pretty perfectness of the a freshly made bed, so instead she will shiver on top of the covers.  I made the mistake one night of pulling down the covers and was surprised by my hysterical 4 year old who couldn’t believe I would ruin something so beautiful!  Day after day, night after night, I became so frustrated that she couldn’t get over it. I’ve since accepted the fact that my sweet, sensitive girl likes her bed sheets a certain way, and who am I to tell her that isn’t right?!  I eventually helped her realize that it isn’t worth freezing during the night… so did I force her to sleep under the sheets? Nope. Now she has a special blanket that she covers up with to stay warm! 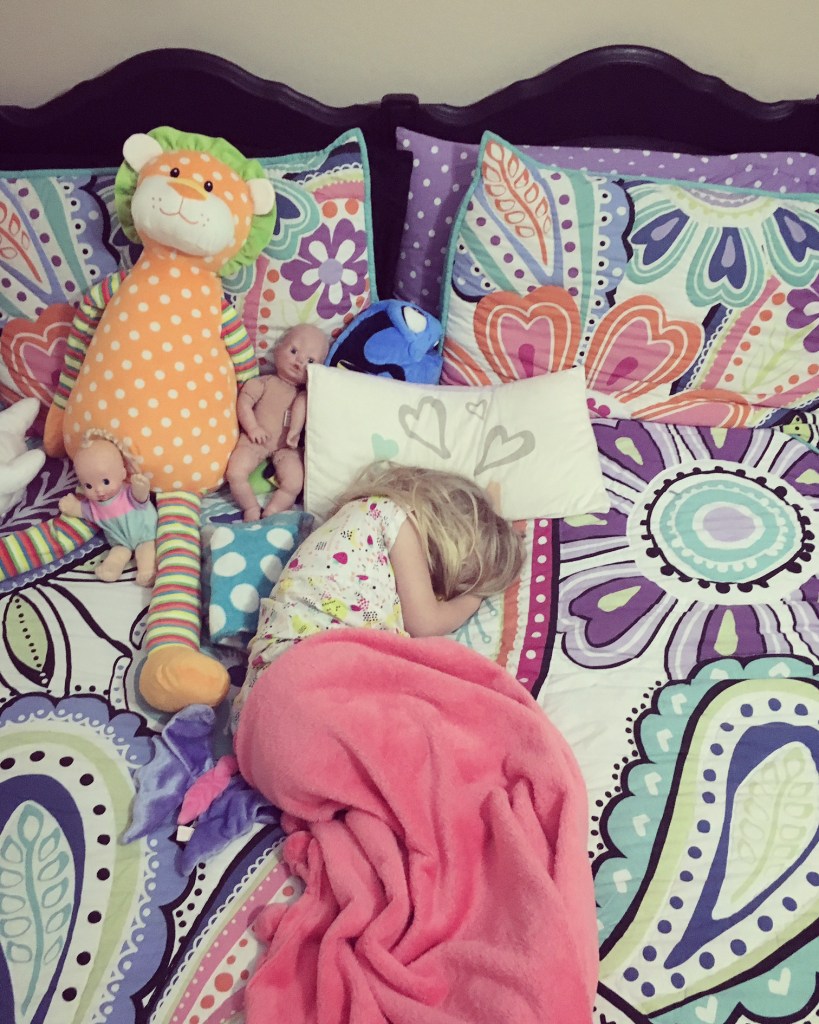 Last one, although I could probably go on forever with examples…  Does anyone else have a child that is the gagger or thrower-upper?  I have one and it is my second (Payton).  My first born (Paisley) was never a big puker, so this was a big shock for me when Payton joined the family.  From her first bottle… to her first bite of baby food… to her first bite of her 1st birthday smash cake… she was our gagger and puker!  You read that right… at her first birthday party, with all her/our friends gathered around, she attempted to eat her cake, but instead gagged, and threw up all over the entire thing.  Lovely, right?!  Being the hands-on and slightly overly concerned mama that I am, I worried about this from the very beginning.  I just couldn’t understand how even a liquid or pureed baby food could cause her to gag, choke, and vomit.  I took her to the doctor and was informed that she simply has a higher gag reflex than most babies, but in the end, she’ll be just fine!  Fast forward 1 year, and the Doc was right. She is completely normal, and eats everything in sight!  At one point I truly didn’t believe my daughter would ever be able to eat normal food.  I honestly imagined her in Kindergarten sucking on a bottle in the cafeteria!  I am sharing this story because I wish in all of those concerned moments, that I wouldn’t have freaked out or panicked, and instead just embraced the moments and laughed about it.  Why is it so easy to go to the worst case scenario so fast? 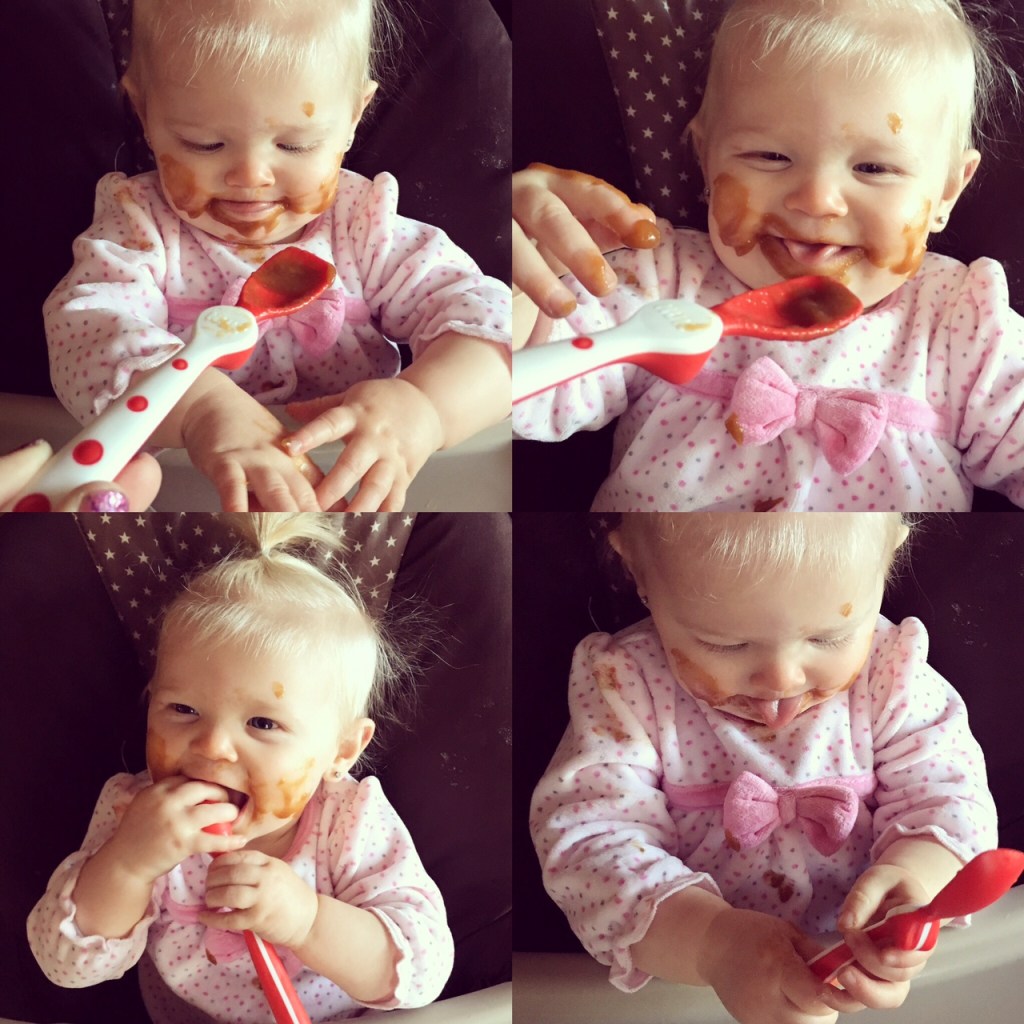 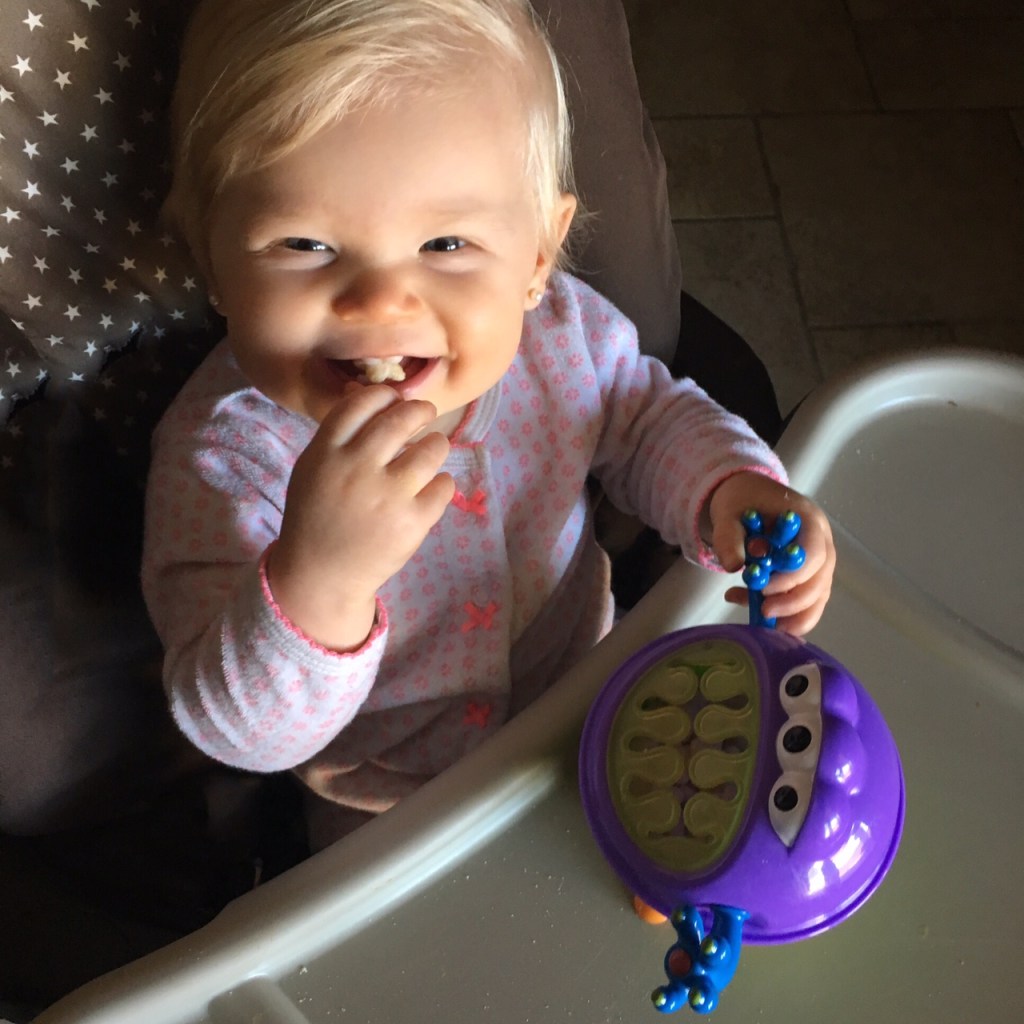 We have to take the wins when they come!  So I am opening up the floor and encouraging you to share your “My Kids Are Weird Sometimes… & I’m Finally OK With It…” with us all.  I would love to know that I am not alone in this topic, and I am sure everyone else would like to as well.  Let’s laugh together and build one another up!  Because as I always say “Mommin’ Ain’t Easy”, but it can be easier when we are surrounded by friends and others that can relate to what we are going through!

Jenna • Espresso Ever After MommyLifeStyleBlogger||JesusLover||Wifey||Mommyx2||LatteConsumer||PhotoObsessor||SunnyAZ 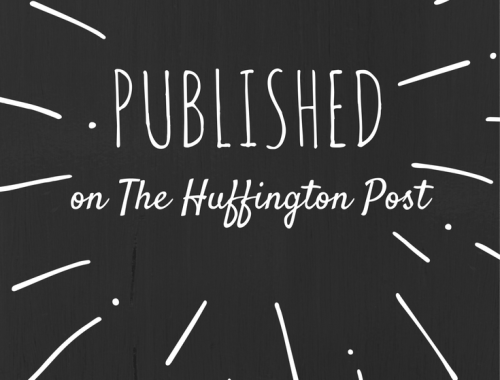 Autumn Attire: From Summer To Fall – Transitioning Your Graphic Tees